France particularly Paris is my most travelled to destination – maybe around 20 times or so. I love the language, the food and the culture and I dislike the prices that the bars charge for alcohol. I have a lot of family living in France – my Dad and his side of the family and some family from my Mom’s side too .

In between my contracts working on the ship, me and my friend Jill who I met on the cruise ship I worked on took advantage of our Disney passes and flew to Paris in December 2013. After nearly missing our flight from Birmingham, we arrived safely in Paris and caught the free Disney bus to the Dream Castle Hotel in Disneyland Paris and managed to meet almost every Disney character! 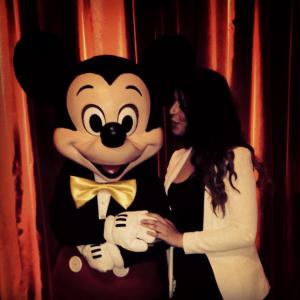 Here is me with my boss!

After leaving the cruise ship, I was in England for a few weeks before I flew out with Tish and her family to Tenerife in August. We stayed in a beautiful villa, went go-karting (I won ahem), had a massage in a back street place with a mattress on the floor (weird), saw a shooting star and duetted on karaoke to Grease – Summer lovin’. Oh yes and I won the pub quiz! You what you what!!

In November 2014, I booked a trip for 2 through Groupon Getaways to Paris. People are always a bit apprehensive about booking these trips, but I’ve done it twice and they’ve always gone very well! We stayed at Hotel Devillas which is just a subway away from all the main attractions.

As it was November, we got to visit the Christmas Markets which are amazing in any country but the Parisian one really had a special feel to it. We then watched people fall over on the ice skating rink (because it’s funnier when it doesn’t happen to me) and tried to keep smiling every time we paid 18 Euros for 2 beers. Over the weekend, we visited the Eiffel tower, Sacre Coeur – which randomly turned in to an open mic on the steps outside with about 100 of us singing to Oasis songs. We also visited Notre Dame, had dinner on Champs Élysées, ate escargot and found a cheap off license for a bottle du vin… You can take the girl outta Redditch… 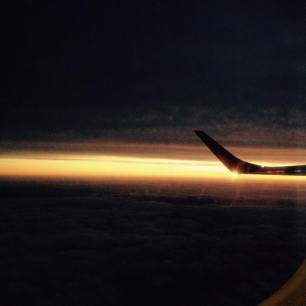 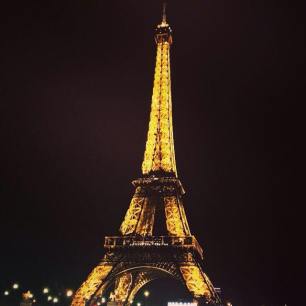 The month after, we booked another trip through Groupon Getaways to Rome. The hotel we originally booked was full so they changed our hotel last minute but actually it was even better! We were again close to the attractions and went to visit the Vatican (which is unbelievable!!) and also had a private tour around the Colosseum – both very interesting places with a lot of history! We ate some amazing pasta and pizza that weekend where they made everything fresh in front of you – I cannot wait to go back to Rome!

May 2015, me and the girls booked the Bank Holiday weekend away to Dublin. The flights were so cheap – I think £20 return! We got to visit the Guinness Factory which was interesting and although I don’t like Guinness I still downed one when we got to the bar at the top… OK I didn’t down it, I think I just sipped it and it had blackcurrant in..

Me and Tish also booked tickets to Kilmainham Jail which was very interesting to hear about the background and history of how life used to be there. 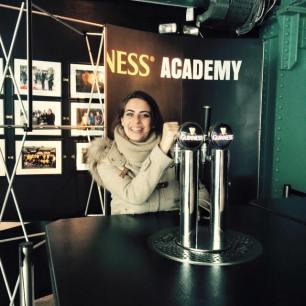 In October 2015, I found family on my Dad’s side through Facebook after I had lost contact for 19 years! This started off my regular trips to Paris to see them and meet my Dad and my 2 brothers and 1 sister. I flew out on my own in the October and made another 4 solo trips until the February. Then in March, I wanted to take my little sister Sian over as a surprise for her 13th birthday. So I booked us an apartment in Paris and bought tickets to Disneyland Paris (no free passes anymore!!!). then Mom recorded as I told her I was driving us to Paris that night – she had no idea! 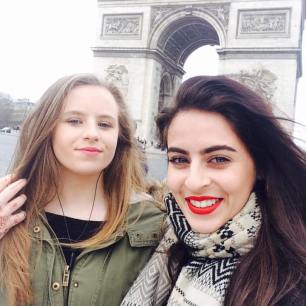 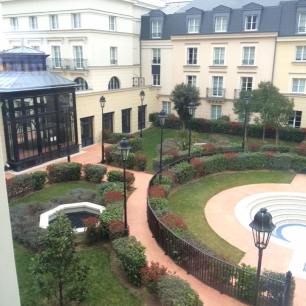 In January 2016, I was surprised for my Birthday with tickets to fly to Venice. That April, we flew to Venice and stayed in the most amazing hotel. The weekend was full of cocktails ,pizza, pasta, ice cream and cake! The weather for most of the days was hot and sunny though one of the days we did get really heavy rain, so we got pissed in a Motown bar! Piazza San Marco is such a beautiful place to visit, we sat outside in the square and paid around £18 for a coffee and a coke (get me back to Paris!) but it was worth it to see the view and the live music so I just drank it very slowly and made sure I finished every last drop. If you go to Venice, you have to go on a gondola, well it’s not mandatory of course and I actually didn’t go one but it is the in thing there! 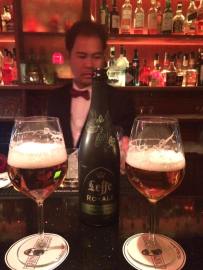 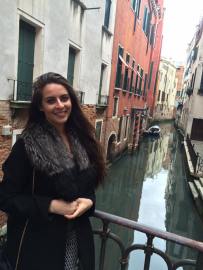 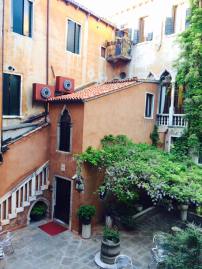 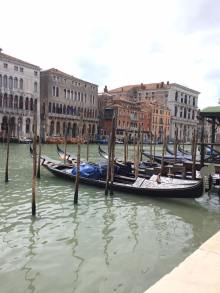 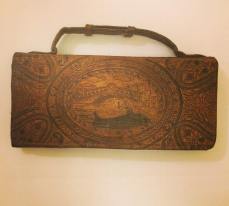 I like to write bucket lists and tick them off! View all posts by Hand luggage traveller

Happy National Puppy Day to our ‘Buddy Bob’ the Beagle! These last 6 months have been filled with fur kisses, cuddles and slightly more than enough chewing 😂 and it’s been worth every second 🐾💙
Happy Birthday to you @gregfilms No matter where we are in this world, you always manage to put a smile on my face & make me laugh until it hurts! Here’s to an amazing day and many more birthdays together 🎈
Buddy Bob is almost 6 months old already! He’s been enjoying the beautiful bursts of sunshine we’ve been getting and helping me photograph my Mother’s Day Cards!
Happy Valentine’s Day to my loves 🖤
Our lives have changed but we are so excited for what’s to come ❤️ here’s to new adventures with our new pup, Buddy Bob ❤️
3 months old already ❤️🐾
Happy Christmas Eve from Mr Buddy Bob 🎄🐾
Buddy the Beagle 🐾🥰
Welcome to the team Buddy 🐾❤️
The 6000 mile round trip was definitely worth it when we got to see views like this 😍
Back from the best road trip around Europe!! St Tropez was amazing.. this was my face after seeing the yachts and boats worth millions!
Amongst the mountains in the Dolomites, you can hear the bells of these beautiful animals from a mile away - and they roamed right up to see us too ⛰