When my little sister Sian was 8 months old in August 2003, we flew to Spain and stayed in Fuengirola, it was so hot that we had to rent a car just for the air-con and I just remember drinking kiddie cocktails half filled with grenadine mmmmmm….By this age, I was losing my Manchester accent and a mild brummie one started over taking but nevertheless Dad always told everyone we met that we were from Stratford Upon Avon..

Aged 12, 2003, Year 7, St Bede’s – a very long coach trip to Paris (I’m sure it took us nearly 24 hours!) and it was my first time eating snails – very nice by the way! We got to go up to the Eiffel Tower and flirt with the boys from the other school… win win. 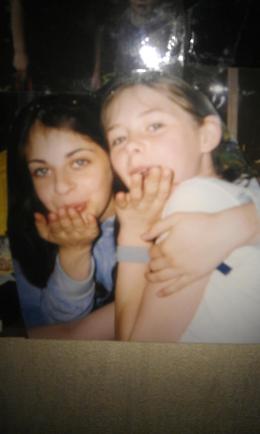 Me and my best buddy Tish still smiling… must have been early on in the coach journey!

Again, Butlins took over for the next couple of years of course la la laaaaaaaa, Jason the redcoat had left by then so I was probably in a permanent mood and spent the entire time in my combats and south park hoodie in the arcades with a bag of 2p’s or as demonstrated below was forced to play crazy golf with my cousins, Conor and Tom – hard life! 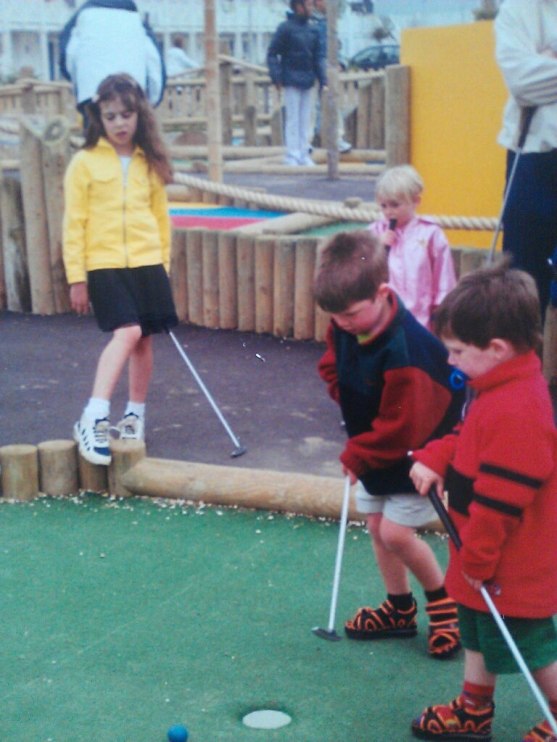 In the disposable camera days, taking up the dance floor doing my Irish Dancing..

In August 2004, aged 12, our big family holiday was to Stockholm, Sweden where we visited some family who live there. We all stayed together and got a boat over to TIVOLI, Gröna Lund, an amusement park in Stockholm – a lot of fun!! Here is a picture of me and the only 2 cousins that dared to go on this ride, I’m shitting myself…

Me and two of my cousins, Sara and Liam at Gröna Lund – it was scarier than it looks…

In 2005, another big family holiday but this time to Gilleleje, Copenhagen – Denmark. We stayed in a family friend’s beach house – there was a lot of us staying there! It was so much fun with our pool and daily barbecues and of course a large cinema room as seen below.

Movie night in the cinema room

Oh I see, stick a video on in the cinema room for the kids so you can get pissed?!

I like to write bucket lists and tick them off! View all posts by Hand luggage traveller